Chicago might be famous for incredibility cold winters but that still doesn’t need to keep any one indoors. No one should feel confined to a hotel room with Chicago’s world class shopping, a nationally-recognized theater district and ice skating through the city. With so many attractions with in walking distance and an easy subway system, downtown Chicago is easy to navigate even in below-freezing weather conditions. Just remember to bundle up before you head out.

Go ice skating at one of Chicago’s most famous landmarks, Millennium Park. After a day of ice-skating peruse world class sculptures by world famous artists such as Jaume Plensa and Anish Kapoor. If you can plan your ice skating trip accordingly you might be able to catch a free holiday performance at the Pavilions Harris Theater located on the park premises. 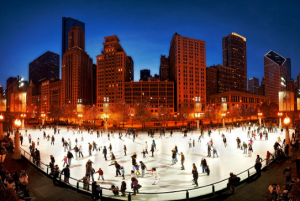 The magnificent mile, as the name suggest, is a mile of shopping, 5-star hotels and restaurants on Michigan Avenue. During the holiday season the window displays in Macys, Nordstrom and Barneys attracts visitors from all over the country. There are over 100 retail stores on Michigan Ave. that leaves something for everybody. 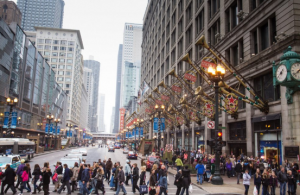 The Chicago Theater District is nationally recognized as one the best in the country. The theater district runs the gamete with local comedy troops, touring Broadway shows, musicals and more. The historic architecture of the Chicago theater district makes it a landmark all on its own. 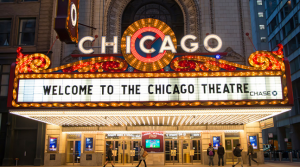 How To Make Candied Lemon Chips