Web Designers and Developers have been pursuing the topic since there was a choice available: which WYSIWYG (What You See Is What You Get) code editor is “the best” for web development? Well, I’m here to tell you: the best choice is whatever works best for you. It also depends on the website that you will work on. Medical website design is different from other designs. However; since time is of the essence and not everyone wants to sit around fiddling in every text or code editor they come across, I’ve chosen the two main programs that seem to be at the top of the hype, FrontPage and Dreamweaver, in order to explain a bit of their strengths and weaknesses so that you, the designer / developer, can choose what is best for you–no tinkering required.

The FrontPage interface to both new and advanced web developers is very easy to use if you’re familiar with almost any Office interface, as it reflects a likeness to all other Office and Microsoft programs. If you’re not familiar with web development or its terms or all of its capabilities, FrontPage may be a better choice for you because of that main reason. After all, it can be said that FrontPage was developed to make the creation and management of web pages and websites easy!

FrontPage’s interface and terminology is significantly easier to grasp than other programs such as Dreamweaver. You won’t spend minutes upon minutes trying to find the exact function or menu item you need to find. It’s sometimes said that the most knowledge you need to successfully use FrontPage is to know how to turn on your computer, locate the “Start” button on your desktop and know how to connect to the internet. This may very well, be true!

FrontPage has a good variety of tools available as well as different ways to create, edit and manipulate your website or web page. Many of these tools; however, are labeled as “beginners tools” by many developers (which is not necessarily a “bad” thing,)! These tools that are available make it easy to use FTP (File Transfer Protocol) for those that don’t necessarily know what that is or how to use it and even without the need for an FTP client! The tools available also make it easy to create and manipulate tables, font settings or even to start your own web page from a pre-made template design. These easy to use and easy to understand tools is what might make it ideal for the starting web developer or business owner that needs a quick website 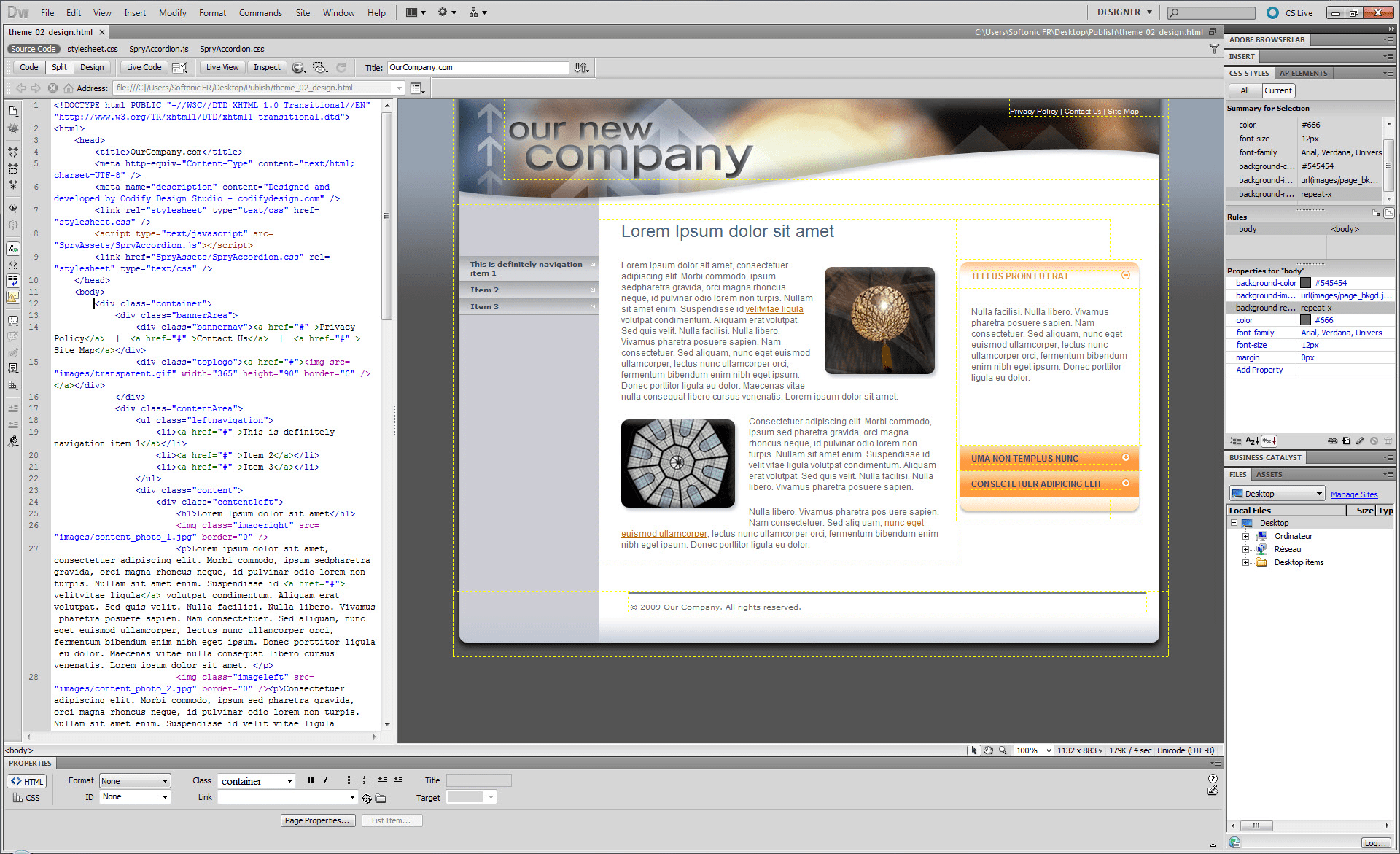 FrontPage and Dreamweaver have many of the same capabilities; however, both programs (as well as all others,) also differ in some areas. I will touch on a few of the main differences of FrontPage.

If you want to work with ASP.NET 2.0 or Master Pages, you will want to turn to Microsoft Expression Web. Unfortunately, at the current time, Adobe Systems has decided not to support ASP.NET 2.0 (which is different from “Classic ASP”). ASP.NET is a Microsoft Technology that runs inside of IIS (Internet Information Services). Master Pages is also a very handy FrontPage feature; however, is only found within FrontPage / Expression Web. (I bundle the two together in this piece of information as the primary article was written about FrontPage; however, Expression Web is suited for ASP.NET 2.0 and is provided by the same developer.)

If you are just starting your web ventures or you are already an avid user of Microsoft products, either FrontPage or Microsoft’s newest release: Expression Web, may be the better choice for you.

Dreamweaver was originally developed by Macromedia in 1997 and in its initial release, was developed for the Mac OS only. Dreamweaver has gone through a variety of Major Version upgrades, mostly while under development by Macromedia.

While certainly a few years behind FrontPage’s first debut, Dreamweaver seems to be more widely accepted as The Industry’s “standard” web development tool.

Even for avid Adobe users, if you’re looking to rely on Dreamweaver’s menu you may, at first, have a hard time finding what you need. (Though Dreamweaver’s help mechanism has evolved remarkably for this over the years, especially for Mac users!) Don’t let this deter you, though! Some of the reasons for difficulty is the mere fact that Dreamweaver has so many basic and even more advanced tools available to you that you may not find in Expression Web or other programs! These advancements are also one of the main reasons of Dreamweaver’s popularity.

Dreamweaver has a variety of both basic and advanced tools available to its users. While FrontPage has some of these tools, Dreamweaver tends to take them a step further. For example: Dreamweaver’s architecture and display for publishing and managing web pages (and the whole of your website,) are highly more favorable to many developers due to its advanced capabilities and display. Another example might be Dreamweaver’s Spry vs. FrontPage’s Behaviors. Spry and Behaviors are remotely the same thing–a simple, fast and understandable way to add interactivity such as Javascript to your web page. While remotely the same thing, Dreamweaver’s Spry seems to be much more customizable and has constant upgrades and downloads available on Adobe’s Dreamweaver site to download the newest upgrades to Spry. So, in short, it can be said: you will find

Home Treatment for Lower Back Pain