Fortune Minerals announced Wednesday that it had completed the purchase of the Revenue Silver mine in southwest Colorado from Silver Star Resources, Star Mine Operations and Revenue-Virginius Mines.

The company said it has received $25 million from a US$35 million production pre-pay facility from Lascaux Resource Capital Fund 1 with a second tranche of US$10 million expected to close on October 16, 2014.

The Revenue Silver Mine (RSM) is an operating high-grade, underground silver mine with a 400 tpd mill and concentrator. The mine is located in the Sneffels silver mining district, where there are numerous past producers.

“Fortune is pleased to report that a number of capital improvements are underway at the RSM to improve safety and realize efficiencies at the mine to meet production objectives,” said the company in a news release.

“This includes drilling a 460-metre deep/2.45 metre diameter raise bore from the surface to improve mine ventilation and provide a secondary escape way for emergency egress at the back of the mine. This raise will also be used as an ore pass to access high-grade mineralized material contained in surface stockpiles located at the top of the mountain, which will be used as incremental mill feed during the ramp up to full production,” the company said.

REVENUE SAFETY IMPROVEMENTS
Although two miners died and several others were overcome by carbon monoxide poisoning at the mine on Nov. 17, 2013, when the mine was operated by Star Mine Operations, the silver mine was placed on notice by MSHA for numerous significant and substantial safety violations from Aug. 1, 2013, through July 31, 2014. 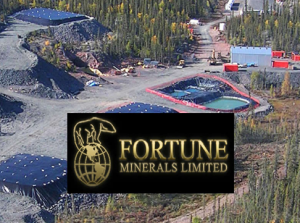 Fortune Minerals says it has now put a new safety plan in place.

A review of MSHA orders and citations has resulted in significant efforts to improve ventilation throughout the mine, improve safety reporting and visibility across the site, and change the mine safety culture to “be respectful and responsive to MSHA to effectively address issues and repeat offenses.”

How to Use Public Wi-Fi to Improve Customer Experience

Technology: Are You Paying for What You Don’t Know?