In the pursuit of truth and justice law enforcement has often turned to the polygraph or lie detector test to see whether or not an individual is being honest. How one performs upon the lie detector can weigh heavily on the persons reputation as a suspect. What follows is my personal experience having taken a lie detector test, how I beat it, and why I do not believe in them as reliable tools.

I am not going to give you technological definitions or a history on the different lie detecting machines and methods, nor relate any other instances in which people have claimed lie detectors worked or failed. Instead let me start right off with: the crime. I was working as a manager in a fast food restaurant in which we were understaffed and stressed to the limit. Adding to our troubles was the fact that the money counts involving the safe were bouncing here and there and everywhere worse than a Gummy Bear on Meth. Between myself and the other managers the daily total for what was kept in the safe and cash drawers kept dropping, then rising, but then ultimately dropping again. Common sense told me that someone was pocketing some cash, and due to experience with past instances I knew at least one member of the staff had it in their mind they could borrow money as long as they repaid it. Finally weary of the financial inaccuracies I made a call to my district manager to let her know my suspicions and details of the record keeping situation. She told me that she would stop in for a visit the following day, which was my day off. I had done my part to help solve the matter and spent that evening running business as usual and closing the store, therefore I was the last one to slide a deposit envelope into the safe.

The next morning I was wakened by a manager at my store, frantic that an envelope of money was missing from the safe. He stated that the final deposit from the previous night was not there. The district manager had shown up due to my coincidentally having called her the previous night and demanded I come in. To cut a long story short the manager who called me, let’s refer to him as “Bob”, and myself were the only two people with direct access to the missing deposit; unless he had been careless when opening the safe and another employee stole it.

After long meetings and a search party myself, Bob, and another manager were left alone in a room to think things out while the district manager called the police. Let us call the third manager “Josh” and let it be known Josh was the original suspect called in for possible cash skimming to begin with. The three of us were familiar with how our business handled theft happenings and knew that regardless of who might be guilty, though none of us took that claim, heads were going to roll and jobs could be lost. In a moment of determination not to get fired and to save some face, when the district manager left to meet with the police a plan was devised.

The amount of cash missing was somewhere close to $300. I took my own money, put it in a deposit envelope, and then switched the security numbers to make the bag look like the missing one. The others were supposed to split the sum and pay me back. Then I threw the bag in the garbage dumpster and myself and the others made it look like it had been accidentally pushed into the trash and we were smart enough to check the dumpster and find it; problem solved. However, the cops didn’t buy it, they still wanted to investigate.

Each of us managers were taken one by one to the police station to undergo a lie detector test. The test was basically some cords hooked up to a detectives lap top computer. One cord was clipped to my shirt collar and was basically a microphone on the end which would record and send my voice to the computer which would read the stress waves similar to the old-fashion device used in movies; with the shaking needles and graph paper. The detective gave me a long routine and speech about his religious beliefs and did everything in his power to get me to confess to stealing the money. According to the police theory one of us had stolen the money and then gotten scared and put it in the dumpster, when the truth was a bit different from that.

The test, as I was told, could not be fooled and even if I thought I was calm the device would pick up any and all stresses or abnormalities in my tone and pitch. The questions were devised to be answered with a simple yes or no with the test questions being some silly things like is my name Boober McPoppins and are you 8 foot tall. The detective even showed me how the computer bars reacted to lies and truth. I thought it was pretty cool, but momentarily I was able to prove it useless. On the question: “Did you put the money in the dumpster?” I boldly answered “No” and the follow ups of “Do you know who put the money in the dumpster?” and ” Did you have anything to do with the money ending up in the dumpster?” along with a pre-cursor question of “Have you ever stolen money from work before?” were all also answered with: “No.” Obviously I knew how the money ended up in the dumpster and to say I’ve never took a buck from the fast food joint well that would be another lie. I passed the test with flying colors.

In my mind the entire time leading up to the tests I had the thought: “It’s not a lie if you believe it is the truth.” running through my head. Before going to the police station I was trying to program myself to truly believe the reality I had altered to suit my purposes. Is this what beat the machine? I cannot say for sure, but I can tell you Bob got fired for stealing a few days later and Josh for showing up to work drunk. I was put in line for a promotion, but eventually decided not to spend a lifetime shaking French fries. Also no one ever paid me back for filling that envelope with money. 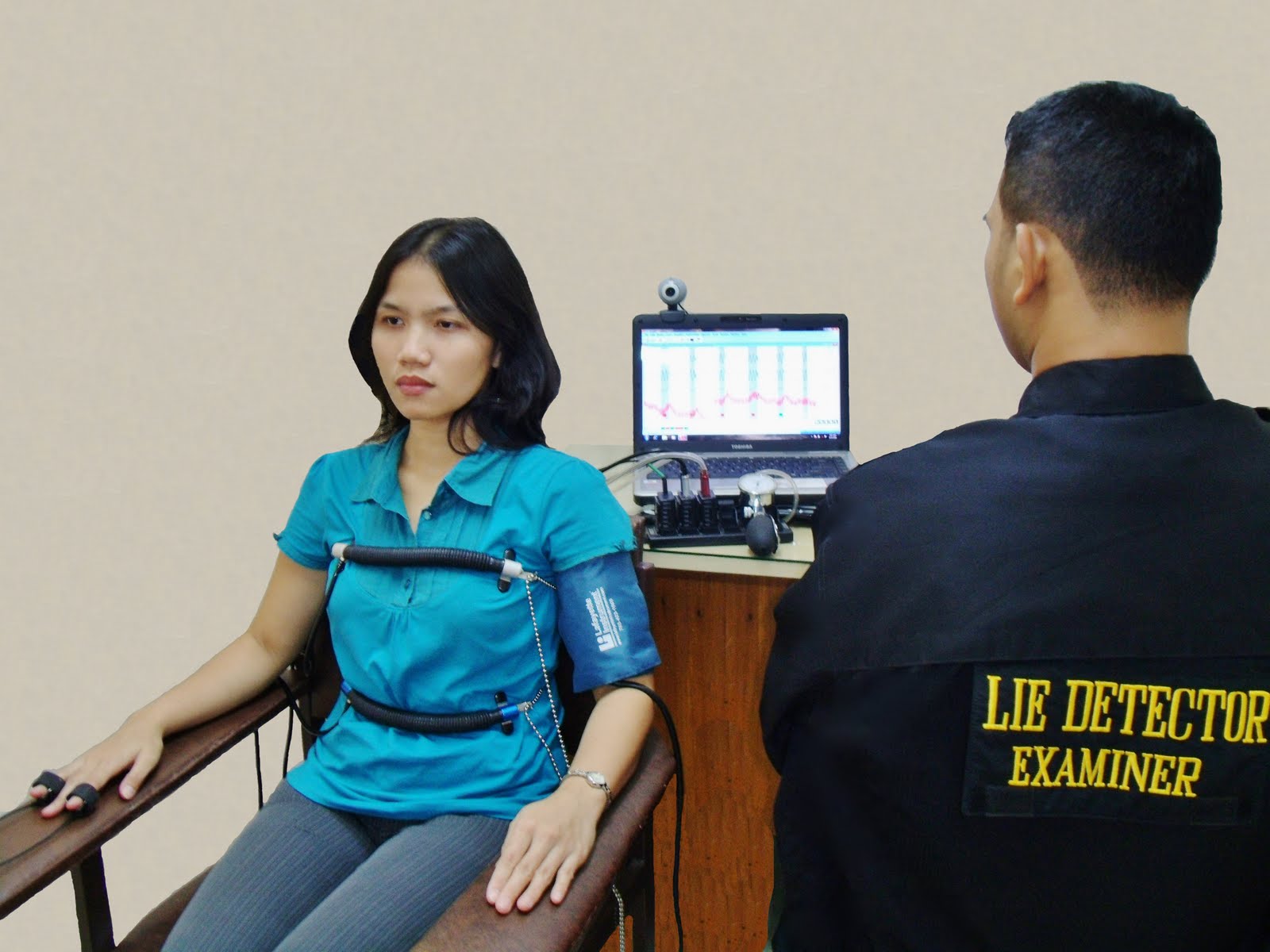 Someone also suggested that I should buy a lie detector test UK so I can do some practice before the actual test. At first, I thought it would be helpful but later on I realized that all I have to do is read some facts about the tool and watch some helpful videos about it.

I do not believe in the validity of lie detector tests, if I could pass one with blatant lies so easily then anyone has the chance. An interesting technology and a fun time, but useless against the criminal mind.