The recent battle of claims and data between Elon Musk/Tesla and the New York Times showcases a unique crisis communications situation. What’s the best way to handle a crisis of “he said-they said” before it spirals out of control? 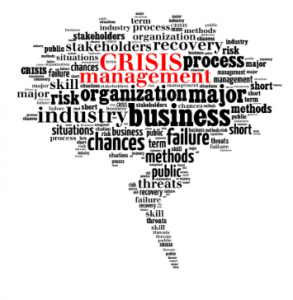 At some point in their career, every communications professional needs to handle at least a few crisis situations on behalf of a client. All things being relative – whether it’s a disaster like the BP oil spill, a trolling commenter on your brand’s Facebook page, or an executive giving out embargoed information too early – the way you initially respond will set the tone for everything that follows. It’s all about being prepared to the best degree, and then maintaining as much control as possible.

But in some cases, keeping a loose grip on that control and relying on trusted advocates to speak on your behalf can be more effective than any prepared statement.

An example of this recently played out between Tesla’s CEO Elon Musk and the New York Times. When Musk went on the attack against a negative review of the company’s East Coast charging station, first via social media, then by blog, and eventually (perpetually?) even further, his response quickly incited a crisis spiral. A back-and-forth argument over data points and accusations of purposefully unfair journalism/misleading rebuttals were lobbed between the two groups for weeks afterwards.

In the media coverage that followed, neither side was ever truly in control of what was being said. Set aside the argument of right vs. wrong…who in this situation comes out looking foolish for making misrepresentations? To varying degrees,.. probably both parties.

How could Musk/Tesla have approached the rebuttal differently?

First, take the age-old advice on manners, and throw away the angry letter (in this case delete the Tweet) that was drafted, and re-approach the situation with a clearer head.

Next, run the second draft by a PR/communications team before sending it. Then throw that version out too. Any response in a case like this based on emotion, and not facts, would come across sounding like the complaints of a spoiled kid whose school chums didn’t like his new toy on the playground. While emotion has its place here in conveying passion,it can’t come from the accuser of the impropriety. 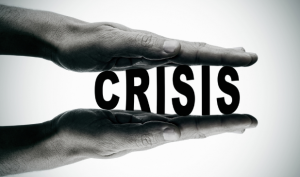 Most importantly, learn from one of the interesting things that happened following the back and forth hoopla; a call-to-arms from Tesla’s fanbase, as well as other media outlets, to recreate the experience of the New York Times, but do so successfully. In fact, multiple parties were able to complete the trip without issue. In the end, this speaks more than any amount of data ever could. If Musk and Tesla had engaged with the outspoken community from the outset in order to prove the reporting wrong, the public perception of the results would have overwhelmingly been in their favor.

Just as people trust recommendations from their friends more so than from advertisers or company websites, having other third parties take up the cause for responding back to a crisis of criticism has the potential to deliver the most effective results. If these groups had been mobilized to take up the argument on behalf of Tesla, Musk would have been able to make the point he wanted without having to awkwardly say it himself. Still, this strategy can be a very delicate balancing act with high risk. In the end, it’s likely that the general public’s perception will remain polarized, but if your core audience and base of advocates can be bolstered and become vocal enough, it can support next steps back from where the crisis began.

At the very least, Musk can be given credit for not taking the “put head in sand” approach and hoping that the bad article and ensuing situation(s) blow over. But most companies’ CEOs would not be as outspoken or unconcerned about blowback. The takeaway from this unique crisis situation is that there are more ways to respond than a simple public statement, and taking the time to develop a strategy can pay off in the end.

Austria - Who wouldn't love this place?

Limos For Prom – Impress Your Date